Order via email request only

Our supply is very limited at the moment. Please email me at  jdavis1@pasadenaisd.org and I will reply with the current options. I will create and send you an invoice, and you will be able to pick up your order during curbside delivery which I am offering two days a week.

For the safety of all involved, curbside pickup is designed to be contactless. Please enter the delivery line, have your ORDER NUMBER ready, & I will place your order in your trunk, backseat, or passenger seat.

Thank you for ALL your patience & understanding. Stay safe! 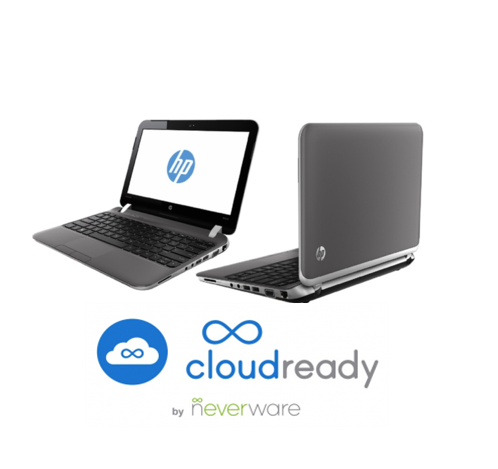 Please note: The hardware on this computer is exactly the same as the $50 HP 3125 (except it has 4GB of RAM because that is all that is necessary for a ChromeOS device). The difference is the operating system. The $50 laptop runs Windows 10 Pro, and this laptop runs ChromeOS. You can Google "Chrome OS vs Windows" to learn more.

Your device will have a battery installed, and you will receive an original HP power cord.

We are now offering an inexpensive option for users who can benefit from an alternative operating system Ready below to see if this type of device fits your needs.

ADVANTAGES OF CHROME OS: WHY YOU SHOULD BUY ONE

1. Simple to use and easy to maintain: Chrome OS is simply a web browser running inside a laptop computer. It is a lightweight operating system that requires minimal hardware specifications. This means that the system boots fast and the overall computer runs smooth.

Setup requirement is very minimal. User only needs to flip open his or her device and log in with his or her Google account.

Maintenance is also hassle-free unlike in heavier operating systems such as Windows. Google also updates the OS regularly and automatically. Chrome OS also has a build-in anti-virus protection. There is also no need for regular updating of several apps unlike in OS X because Chrome OS apps are stored in a cloud.

2. Fast and smooth software and hardware: Another advantage of Chrome OS is that it is a light operating system that requires less hardware resources unlike OS X and Windows. It does not need high-powered processors and memory and large storage space.

The OS runs under minimal hardware specification because the laptop is a thin client that merely taps apps and data through the cloud. This means that most of the heavy lifting happens in powerful central computers.

5. Suitable for budget-conscious consumers: Google developed Chrome OS for most average computer users. It is also worth emphasizing that the minimal hardware requirements for running the OS further drive down the price of these devices. This is why they sell cheaper compared to other computers running Windows or OS X.

Affordability is a notable advantage of Chrome OS. An average user would only spend money buying apps from the Chrome Web Store and Google Play Store. Of course, apart from free Google apps, there also other useful apps available online.

DISADVANTAGES OF CHROME OS: WHY YOU SHOULD NOT BUY ONE

1. Not suitable for power users: Chrome OS is severely limited by the fact that it is not capable of running resource-intensive apps or software. This turns off creative professionals such as music producers and graphic artists.

Some gamers might consider Chrome OS unappealing. Of course, there are many titles available on the Chrome Web Store and Google Play Store but they do not cater to hardcore gamers. Chrome OS is simply not a good choice for a gaming device.

Note that the entertainment features of Chrome OS rely on online streaming. User can enjoy music using Spotify or Play Music and movies or TV series via Netflix or other similar streaming services.

3. Redundant if a user owns other devices: A Chrome OS laptop is useless if a user already owns a Microsoft-based ultrabook or a MacBook Air or MacBook Retina. These devices offer the same advantages of Chrome OS with added functionalities.

Even Android tablets and Apple iPads are also considerable alternatives. Note that Both Android and iOS have large app ecosystems that would make owning a Chrome-based system redundant.

Save this product for later

Support The Development of Tomorrow's Future 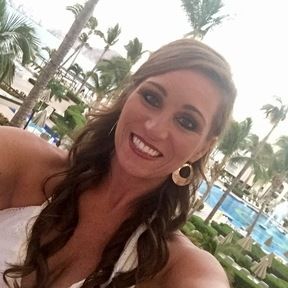 In March of 2016 Tegeler Career Center began developing a program to provide our students with a hands-on, real world career preparation opportunity. The end result was the creation of Trailblazer Computers. Trailblazer Computers is a refurbishment program that allows students to experience on-the-job training in a closely supervised environment while circulating through the different aspects of the program.

· Interacting with the Public

The Tegeler Career Center refurbishment program serves as a win-win-win for students, families and the local community. Please support our efforts in educating tomorrow's future by sharing our program with others who may benefit from the opportunity to purchase a computer for a fraction of the cost of a new one.

All of our refurbished computers come with a one year warranty. This warranty covers parts and labor for one year after the purchase of your computer. We warrant that products will be free from defects in materials and workmanship for the warranty period of one year. During the warranty period, we will, at our option, provide replacement parts necessary to repair the product or replace it with a comparable product. Replacement parts and products will be comparable in function and performance to the original part or product and warranted for the remainder of the original warranty period. This warranty excludes: problems caused by third party software and/or “apps”, unauthorized repairs, any unauthorized modifications, issues related to “cookies/malware/virus’” and any other issues related to Internet usage and/or damages cause by actions of third parties. It is our goal to provide you with the best computer and the best service for your dollar.

You will receive an email when the order is "Ready for Pick Up".

Please see our current hours on the top of this page.

Pick up only available after you receive a "Ready for Pick Up" email.